Pancreatic cancer is a form of cancer that starts within pancreas tissue cells. The pancreas is a vital organ that aids the body in digesting food. It is also responsible for making hormones that regulate the body’s blood sugar levels. Because of the organ’s important role in healthy body functions, pancreatic cancer is one of the most fatal cancers.

As with most other oncology malignancies, the key to pancreatic cancer survival is early detection. This can be difficult for patients who do not know they have pancreatic cancer. The disease often does not show symptoms until the late stages of the disease manifestation.

Up to 80% of pancreatic cancer cases are diagnosed in its late stages. The average survival rate is around 3.5 years for those patients.

Historically, there has been no early detection test for pancreatic cancer. Next-generation sequencing (NGS) technologies like liquid biopsy are being used in trial studies for early detection of pancreatic cancer. Oncologists are also using liquid biopsies to understand patient reactions to cancer treatment. Often, a genetic factor contributes to why some patients respond well to treatment and others do not.

This article walks through different stages of pancreatic cancer treatment, and discusses how NGS is changing outcomes for patients.

Use of Next-Generation Sequencing in Pancreatic Cancer Treatment

Next-generation sequencing technology allows the entirety of the human genome to be sequenced. Genetic variations can be used to detect the potential for disease before it manifests. They can also provide clues to diseases patients may already have.

Genetic changes happen when a particular gene develops a mutation. Gene variants are permanent changes to DNA. Not all mutations are cause for concern. However, understanding how genetic changes occur is crucial to interpreting the manifestation of diseases, especially pertaining to cancer.

There are two types of genetic variants:

In terms of pancreatic cancer, only about 10% of cases are hereditary. When a person has inherited pancreatic cancer, the genetic culprit is usually the BRCA1 or BRCA2 mutations. These are the same genes commonly associated with breast and ovarian cancers.

KRAS belongs to a class of genes called oncogenes. Oncogenes are genes that have the potential to develop cancer when mutated. These mutations can occur for a variety of reasons. Some common mutation causes include a history of smoking, type 2 diabetes, and poor diet.

Next-generation sequencing can be used to detect these genetic variants. In fact, patients who know they have genetic mutations related to pancreatic cancer are sometimes able to get frequent screenings. Movements like the Penn Medicine Pancreatic Cancer Risk Management Program work to provide these screenings to at-risk patients. Using NGS insights in this way makes use of genetic information to promote early detection. 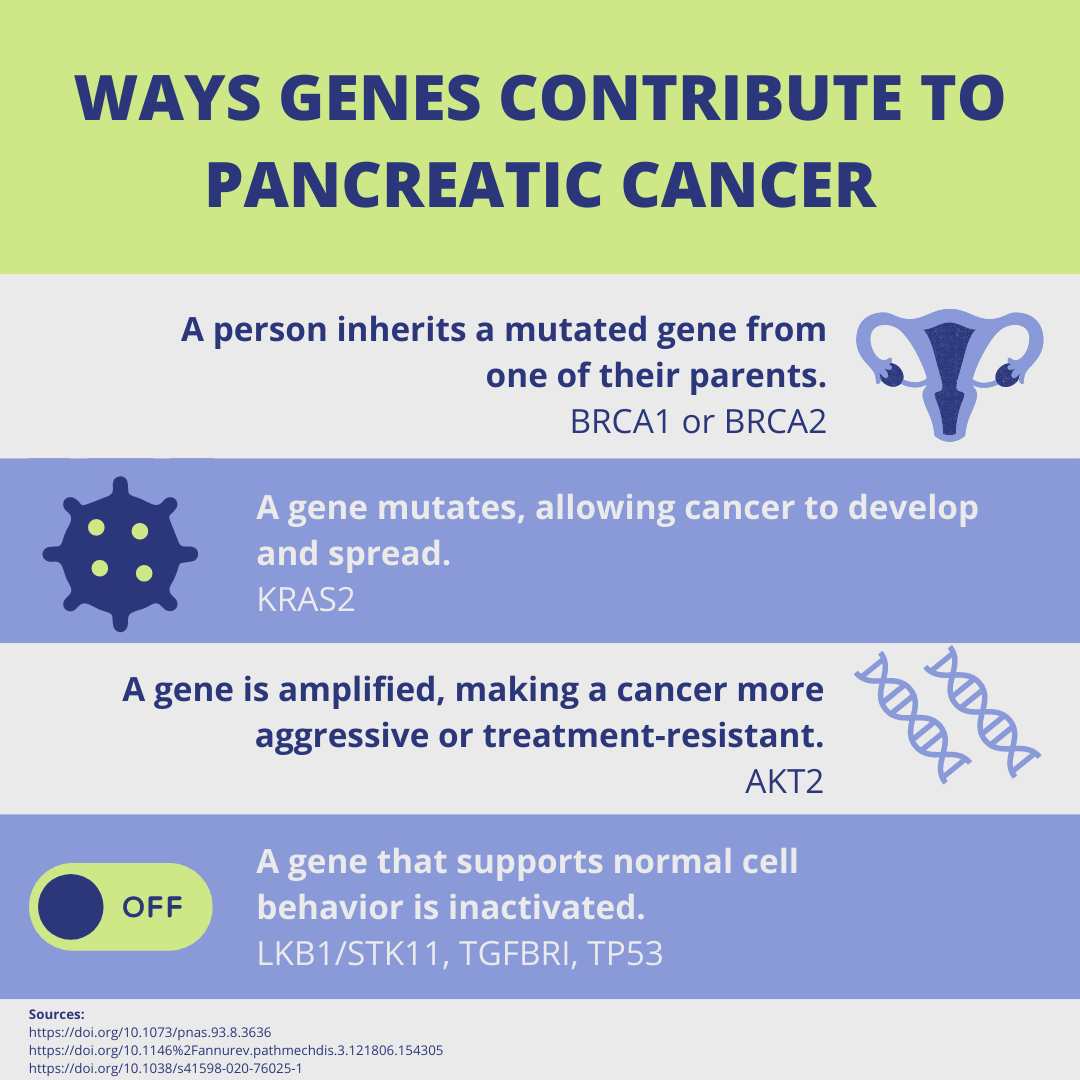 Pancreatic cancer continues to be one of the most fatal cancers. It is a smaller vital organ, making it easier for the disease to spread quickly. For many people, the disease lacks symptoms until the late stages of disease manifestation. Few early detection options are available.

With next-generation sequencing, patients have hope for a better prognosis than ever before. In a study published in October of 2021, researchers used liquid-based cytology and next-generation sequencing to “improve the diagnostic accuracy of pancreatic lesions.” In this same study, researchers successfully identified pancreatic cancer mutations in 44 out of 52 cases.

By integrating next-generation sequencing in pancreatic cancer diagnostics, oncologists may be able to detect the disease earlier. This will improve the odds of patient survival.

Recent research has uncovered several therapeutic targets that will improve prognosis for pancreatic cancer patients. Two of these show promise within the oncological community.

MicroRNAs (miRNAs) are non-coding RNA that help regulate gene expression. They were first discovered by Harvard University researchers in 1993. Since then, further research has shown that MicroRNAs are useful for pancreatic cancer diagnostics. Because they play a role in tumor suppression, unusual miRNA levels could indicate malignancies.

MicroRNAs have also been identified as a potential therapeutic target. This is because they regulate about 60% of the body's coding genes. Studies have shown that miRNA could act as a carrier of viral vectors to suppress tumor growth. In combination with other therapies, this treatment has been effective in mice.

The G alpha 13 protein has been shown to stimulate tumor growth and advancement. Pancreatic cancer studies have revealed that there is increased mTOR signaling in tumors caused by the G alpha 13 protein. By targeting the mTOR pathway that signals the protein, oncologists can treat tumor growth. As technology advances, these proteins can be monitored before the disease symptoms begin.

Next-generation sequencing provides a way to monitor the genome in its entirety. By focusing on miRNA and specific proteins, oncologists can identify therapeutic targets specific to pancreatic cancer.

Researchers identified five genes that indicated drastically different survival rates for patients with pancreatic adenocarcinoma. They then used an autoencoder to group those patients into two subgroups with varying survival rates. These developments will enable oncologists to identify patients with the highest risk of recurrence and poor outcomes. With more information, doctors and their patients can make more personalized treatment decisions.

These patients had notably worse survival rates than ctDNA-negative patients. Detectable ctDNA was also identified as a biomarker for recurrence. This study proves that NGS-based blood tests could be effective tools for recurrence prediction and prognosis. 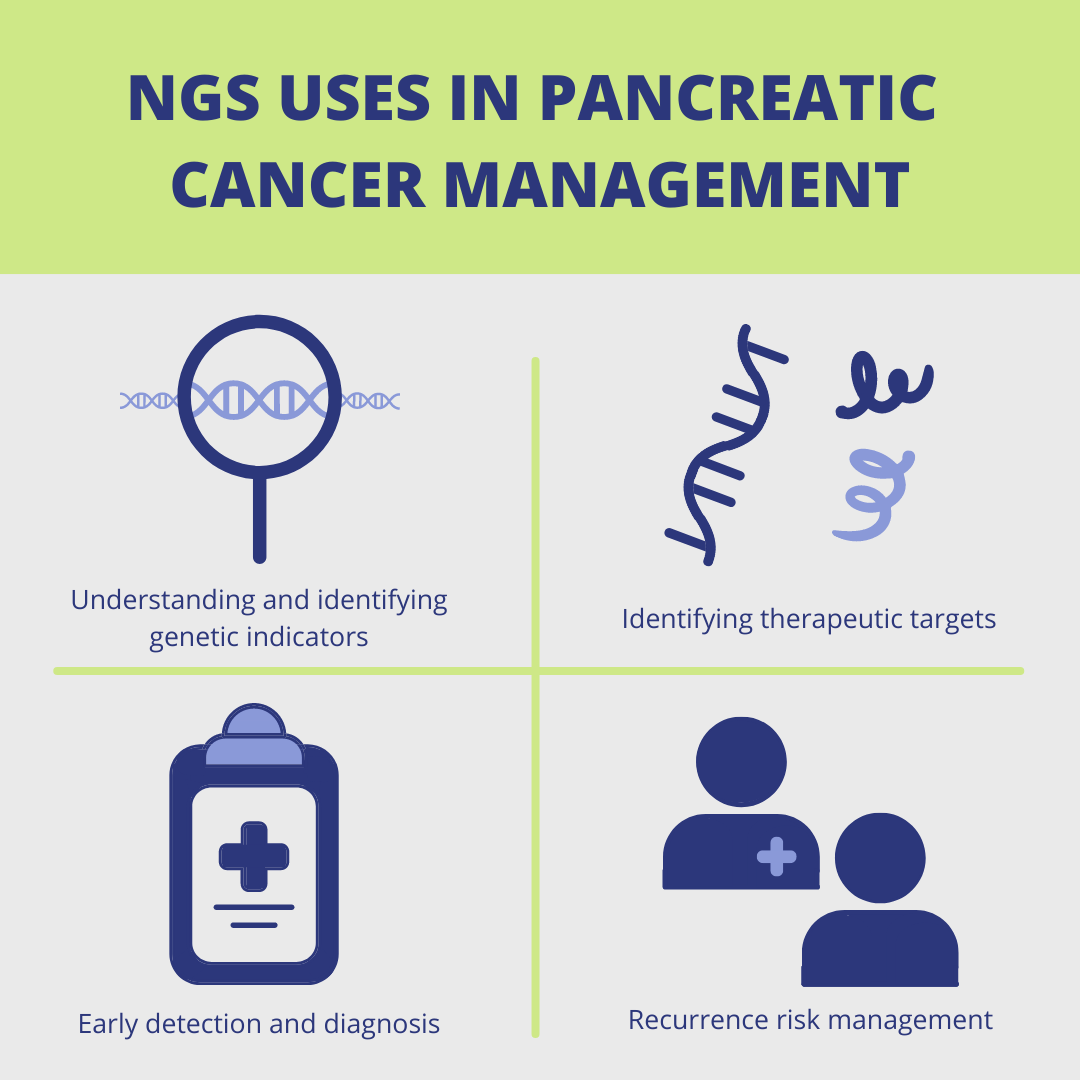 Psomagen thanks Dr. Stacy Matthews Branch for her contributions to the research and writing of the original version of this article. Dr. Branch is a biomedical consultant, medical writer, and veterinary medical doctor. She owns Djehuty Biomed Consulting and has published research articles and book chapters in the areas of molecular, developmental, reproductive, forensic, and clinical toxicology. Dr. Matthews Branch received her DVM from Tuskegee University and her Ph.D. from North Carolina State University.
Dr. Branch’s Profile 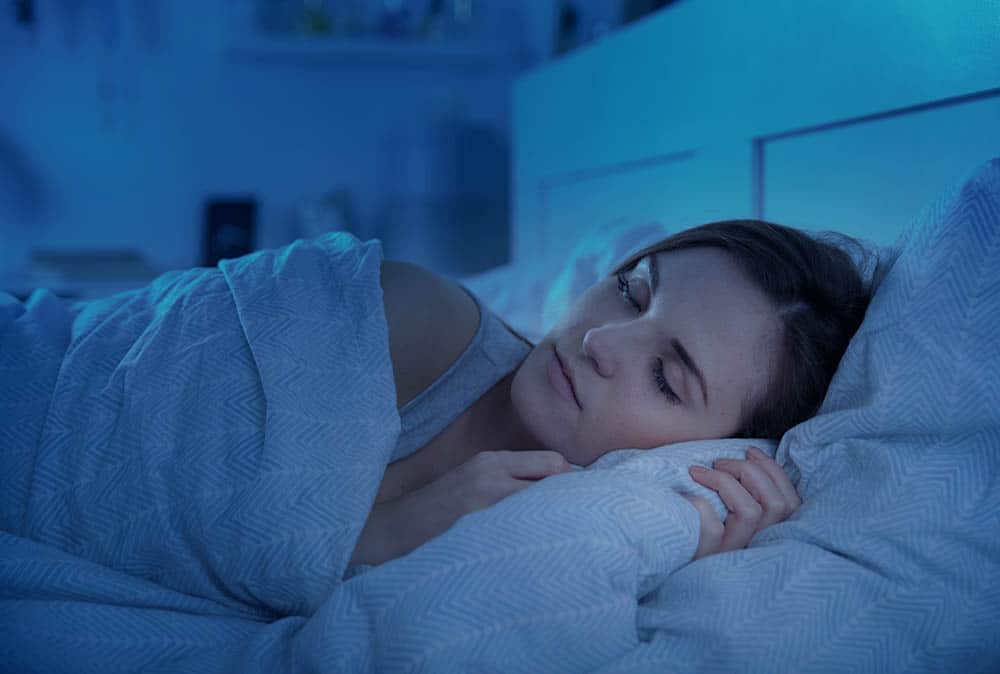 The Relationship Between Sleep and Genetics